Drew Dodds has done many things in his career, paid and voluntary, including 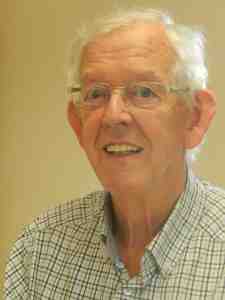 being a tax advisor, finance manager of a well-known Leeds charity and an advisor at CAB. But it’s his current role as a Money Buddy which he describes as “The most rewarding job I’ve ever had”.

“The most rewarding job I’ve ever had”.

Drew, like the other Money Buddies, helps people maximise their income and minimise their expenses. He can check whether people are eligible for benefits they may not be aware of (for every three people they see one is entitled to more such as pension credit and council tax benefit); help find cheaper tariffs for electricity, gas and in some cases, water (every client they have helped has found a cheaper gas and electricity deal); help with budgeting, and often get a better deal from companies that people owe money to. The result, very often, is that people gain in confidence and are then able to do these things themselves. Drew takes great satisfaction from knowing that he is helping people, and that they usually leave with a much better idea of how to control their finances.

Drew has been a money Buddy for about nine months. He works in a number of venues, including Bramley Housing office and Armley Helping Hands. He has just started a regular Tuesday session at Bramley Lawn. Drew can arrange to see someone at a time that suits them, and in their own home, if that makes it easier for them.

“Just come and talk to me”.

Drew finds it frustrating when people get into financial difficulties through no fault of their own – such as bereavement or redundancy – which can take a while to resolve. He finds that Leeds City Council are very helpful if people are up front about problems, but not all companies are supportive. 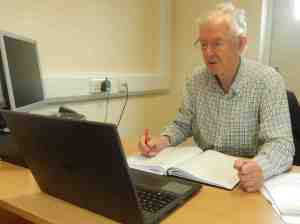 The one-to-one time Drew spends with someone is particularly important for older people with money problems. Many people are very reluctant to discuss their finances. And if they don’t have their own computer and access to the internet they have another barrier which Drew can help them overcome.

Drew hails from Ayr (in Scotland), Robert Burns’ country ‘…of honest men and bonny lassies’, and has been in Leeds for about 25 years. He likes walking, cycling and going to concerts and is an active member of the Rotary Club of Headingley.

If you’ve got money problems, Drew says “Just come and talk to me”.